Schedule a Call
A Time to Invest! (11 pages)

A Time to Invest!

We consider this message to be one of the most important we have sent to clients. Please take some time to read and review the accompanying pages. Important: Page 10 – “Opinions and Conclusions” sums up our long-term expectations.

All asset classes have major cycles that culminate in booms and busts. The stock market is no exception. It is our opinion that mankind has not changed since we began to walk upright, and many of us are inclined to act irrationally due to the basic emotions of fear and greed. By studying historical cycles, we are better able to recognize the times when the vast majority will act in concert with the popular mania of the moment. This will not change. The preponderance of investors will always be manipulated and persuaded because they don’t do their homework and cannot make logical, independent decisions.   The road to wealth has never been crowded.

Because most investors are followers, they will act rashly and impulsively, selling each time prices fall, or becoming too euphoric when prices jump higher. We can profit from the knowledge of their actions, but heaven help us should we fall under their influence.

Multi-year Bull Markets end because the majority of stock prices have been driven too high. This is much like the real estate market of several years ago. In 2005, how many people could not wait to buy real estate and believed it a solid investment? How many want to buy it today, 6 years later, at much lower prices?

Our definition of a “Bear Market” is a market that does not make new highs in the popular averages for an extended period of time. After each advance, it turns and heads south again. This up and down movement continues for a number of years. Eventually, it exhausts the patience of even the long-term holders.

In the past, when Bear Markets have ended, it has proven an extraordinary time to buy. Business and economic news is terrible. Companies file for bankruptcy and earnings are poor to non-existent. In this climate, the market slowly starts to go up; a new bull market is born. It is the time to buy, but nobody rings a bell. We will have drops and down cycles, but the overall trend will be advancing.         Historically, these emerging prices have proven to become long-term bull markets and typically go on for 15 to 20 years or more.

It is a time to acquire serious wealth!

In March of 2000, the Standard & Poor 500 Index reached a high of slightly over 1550. Today, this same Index stands at 1162.                                   For over 11 years the stock market has continued to decline or drift. During this time some businesses have suffered or vanished while others have prospered mightily. Borders, a recent casualty, cannot sell enough books because people are reading on Kindles or iPads.    Changes are not necessarily detrimental to our lives or economy; they simply represent transition, and are frequently beneficial to us all. New medicines and medical techniques continue to be developed, and the US is a leader in this arena. Technology has exploded, enhancing the ease and efficiency of doing business. Companies have added to their client base, created new markets, and become more adept at delivering their products or service. Consider only one aspect; the ease of communication, through text, verbal, or visual, not only locally, but across continents.

When stocks eventually start higher and the averages go to new all-time highs (and that will happen!), we will not be surrounded by glorious news. Some people will only invest fearfully and with serious trepidation. Many will not invest at all and will miss the boat entirely leaving their money to earn 1% or less in CDs, which, after taxes, will almost certainly lose value due to continuing inflation.

In measuring the markets, we used the Dow Jones Industrial Average up until the year 1999. Since the year 2000, we used the S&P 500. The S&P 500 was not accurately calculated in the early years.

Items in the news which occurred near or after the Ultimate Bottom, and during the subsequent Bull Market:

Note: We are using 1942 as the key buying point after the stock market crash which began in 1929. This gives that particular Bear Market, the longest at a 13 year time frame. The real bottom after 1929 was reached in 1932, only 2½ years later. (It is interesting to note that during the worst economic period of the Great Depression, from 1932 to 1937, the Dow Jones Industrial Average gained almost 500 percent.) We view 1932 as very extreme, so we are calling 1942 the real bottom.

In 1929, the DOW’s peak was 381.  It was probably driven by several things: euphoria of investors and almost unlimited expectations, margin requirements as low as 10%, and the song, Happy Days are Here Again. If the market was excessively high in 1929, it was certainly driven to a low that was extreme to the point of being ridiculous and absurd. That low was touched quickly, and over the next five years until 1937 during the worst of the depression, the DOW gained almost 500 percent.

Items in the news which occurred near or after the Ultimate Bottom, and during the subsequent Bull Market:

In the news listed below, note the news items that appeared in and after 1980. The market exploded through the old highs in 1982, and was well on its way to much greater heights.

Items in the news which occurred near or after the Ultimate Bottom, and during the subsequent Bull Market:1974 – Nixon resigns

Items in the news which occurred before or near the low in March of 2009:

The recent volatility in prices and hard swings to the downside creates confusion, fear, and engenders selling by investors who, once their stocks are sold, have no clue as to what to do with the proceeds of their sales. This is indicative of bottoms – not of tops!

As long as our Government continues to create (i.e. print) money at an ever increasing rate, as they have been doing, the value of our dollar will continue to erode. Put simply, we will have rising prices otherwise known as inflation. This means the prices of “things” will go up. This includes precious metals, commodities, collectibles, real estate, and stocks with solid balance sheets, and increasing earnings.       There is currently an enormous amount of liquidity (cash) on the sidelines, and holders will not be content to let it sit idle earning almost zero. We are convinced it will find its way into certain asset classes including the shares of growing companies.

When Bear Markets begin to emerge from their lows, it does not mean all stocks will advance steadily without hesitation. Markets will continue to climb a wall of worry! One of our good friends and clients discovered a valuable truth in 1993: “Markets tend to rise when business is bad, deteriorating, or not significantly improving.”  He has been hugely successful with his own investments.

It is our opinion that the Bear Market, which began in March of 2000, touched its final low in March of 2009 with the S & P 500 Index dropping below 700. We believe the bottom has already been reached. Consequently, we believe that buying and continuing to track a well-selected portfolio of stocks over the next one or two years, will prove very profitable over the coming five to ten years.

We are not throwing caution to the wind. It means that we must work harder than ever to ferret out those golden nuggets which will grow into the powerhouse companies of the future. However, we believe there is more opportunity now than we have seen for years!

Remember: New Bull Markets are born when investors are pessimistic and the general economic news is dreadful. 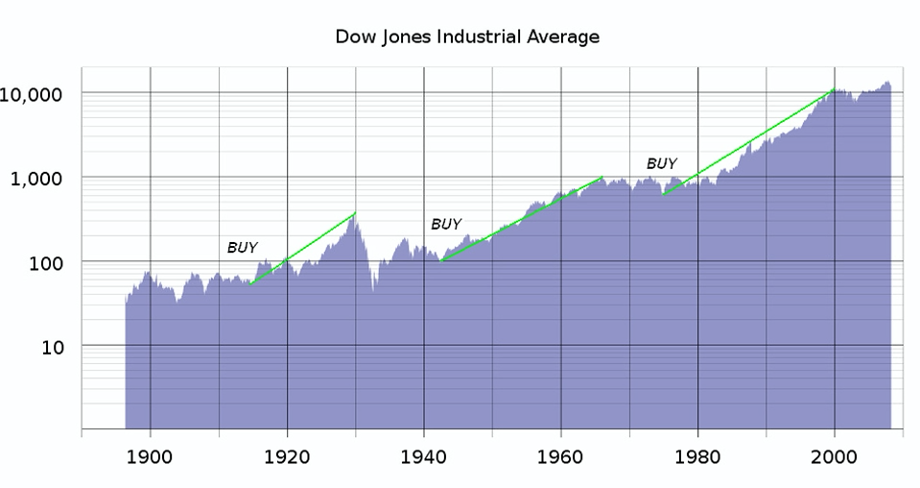 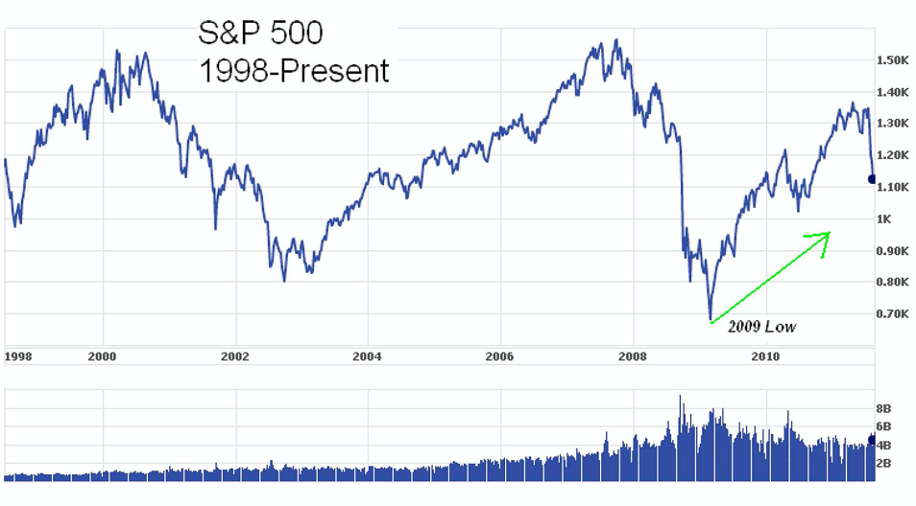 Disclaimer: “Sara-Bay Financial Corp. is registered as an investment advisor with the SEC. All information contained herein is for informational purposes only and does not constitute a solicitation for investment advisory serves or an offer to buy or sell securities. Registration does not imply a certain level of skill or training. If you are interested in our services, please see our Disclosure Brochure (Part II of the form ADV); which provides detailed information about Sara-Bay Financial Corp. and inherent risks that may be associated with our advisory services.
Download Disclosure Brochure
CRS Form